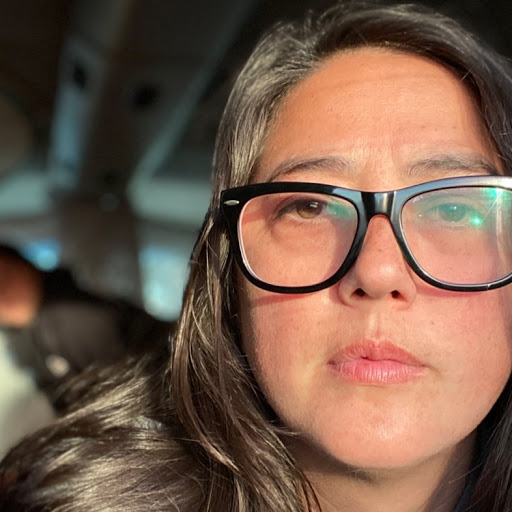 In 2009, a Chamorro writer who lived in Montana sent me a message via Facebook:

“Craig, When I read the first page of your book—the preface!—I stopped because I was literally brought to tears. I read, “On some maps, Guam doesn’t exist; I point to an empty space in the Pacific and say, ‘I am from here,’” and was immediately flung back to my fifth grade classroom, where in front of my classmates and teacher, I searched the outsized Map of the World, searching for the little fleck of Guam. When I could not find it where I knew it to be, my teacher said loudly, “If you can’t even point out where you say you are from, you shouldn’t be up here,” and angrily turned me away from the map back to my desk.”

This writer, Lehua Taitano, was born on Guam to a Chamorro mother and an American father who was in the military. Her family migrated to the Appalachian mountains of North Carolina when she was four years old. Since that time, she has lived in many different places in the continental US, including Montana, where she earned an MFA in Creative Writing at the University of Montana.

Because more than a hundred thousand Chamorros live in the diaspora (according to the 2010 US Census, Chamorros are the most “geographically dispersed” of all Pacific populations), it is not surprising to find Chamorros in all corners of the US empire. However, it is quite rare to find Chamorros who have committed themselves to graduate studies in Creative Writing.

So you can imagine my joy when I received her email and we began corresponding. I learned that Lehua is the author of the prose collection, appalachiapacific, a chapbook that won the Merriam-Frontier Award. She has also published poetry, essays, and Pushcart-nominated fiction in several national and international journals and anthologies.

Around this same time, Tinfish Press (a Hawai’i based press that focuses on experimental poetry from/of the Pacific), invited me to guest edit two poetry collections for their catalog. The final book of my guest editorship was Lehua’s first collection of poetry, A Bell Made of Stones, which was just published in 2013.

Here is the Tinfish description of the book: (I recommend purchasing the book directly from Tinfish Press here).

The poetry in Taitano’s first collection, entitled A Bell Made of Stones, attempts to reconstruct the foundations of home through story, fragments, echo, and type. Chamorro people, indigenous to the Marianas archipelago in the region of Pacific known as Micronesia, once built their houses atop rows of “latte,” a two-tiered stone structure composed of a pillar and a capstone. The shape of the latte resembles a bell. These poems experiment with typographic representation and juxtaposition; in addition to the visual impact of these poems, Taitano bravely asks what it means to live a hyphenated, diasporic existence at the “intersections of half-ness.” With the typewriter as her canoe, Taitano chants homeward “for the flightless, to stretch roots, for the husk of things set adrift.”

Lehua’s collection is a very exciting contribution to Pacific literature because of its exploration of visual poetics (you can read it in dialogue with the visual Pacific poetics of Albert Wendt, John Pule, Imaikalani Kalahele, Wayne Kaumualii Westlake, Kapulani Landgraf, and ku’ualoha ho’omanawanui, among others). Lehua also explores many themes common to Pacific writers, such as migration, indigenous identity, sexuality, and gender.

I hope you will consider supporting this book by purchasing a copy and sharing the news.

Lehua Taitano’s unforgettable poetry joins a new wave of Chamorro and Pacific literature. In A Bell Made of Stones, she bravely navigates the currents of mixed-race indigenous identity, transoceanic migration, and queer sexuality through a series of experimental (and lyrical) typographic poems. With the typewriter as her canoe, Taitano chants homeward “for the flightless, to stretch roots, for the husk of things set adrift.”

The journey through A Bell Made of Stones shifts us from empathetic observers to experiential participants. We are forced to engage with the unsettling disconnection and stress of locating a coherent voice and a culturally legible identity/identities in the fragments of loss and daily misrecognitions created by distance, diaspora and resistance to performing so-called hetero-normativity. Evoked instead of told, the poetry evolves into an installation that is beyond words, bearing witness to the stigma of enunciating through disconnected discourses. There is a surprisingly elegant, dignified aesthetic to the collapsed, repressed text that bares the raw marks of scarcely audible attempts at making meaning. While we are invited to find the lament left on the page, left with the palpable sense of what is missing and/or mistranslated. What is left to savor are the sparse, poignant leftovers—stringing together separate stories of mother, sisters, lover and other. But more than anything, we are left with the sense that the fragments are more (and less) than (and may never add up to) the sum of their parts.

A Bell Made of Stones is a synaesthestic kaleidoscope—where we listen to “sheen” and “husk” and “rope,” where the canoe can sing, and where what seems solid might “settle as through a sieve.” Taitano’s poems—her “stampings”—pile-up lyrical language into gorgeous collisions of type. Yet, as “visual evidence of the echo,” the poems also gesture to what is not there, such as “the surfacing and submergence of islands of sound” made by a typewriter. As poet-guide, Taitano shows her reader how the map of her every day contains assumptions and aspersions cast by others, reminding us that she is “with and without explanation.” These are poems where a hyphen can be both a “perforation” and a “stitch.” Be patient. Wait out assumptions. Ready oneself for revelation.

Lehua Taitano’s A Bell Made of Stones formulates in its “tethered tautly” poems the truth of her birth and the necessity of her aesthetic address. Rich with protest, these poems map the “story of [your] blood.” These are “heroic feats” that endure with clairvoyant strength and keep asking if there is “anything truer than truth.” These poems keep replying, going beyond “the bareness of lament.” This is a fierce and brilliant collection of poems—chock-full of issued utterances, elliptical enjambments, cross-outs, and elision—all of which persevere in constructing an apt orchestration between the tongue’s experiment and typewriter’s keys.

Sample from the book: